From DUNE
Jump to navigation Jump to search

Note, the definitive source of data rate/volume numbers is in DUNE DocDB #1086. The extracted numbers below may become out of date.

Note, these are just strawman sketches.

Below are a few high level design options for how the buffer system will work internally. Its subsections are ordered roughly in increasing complexity. 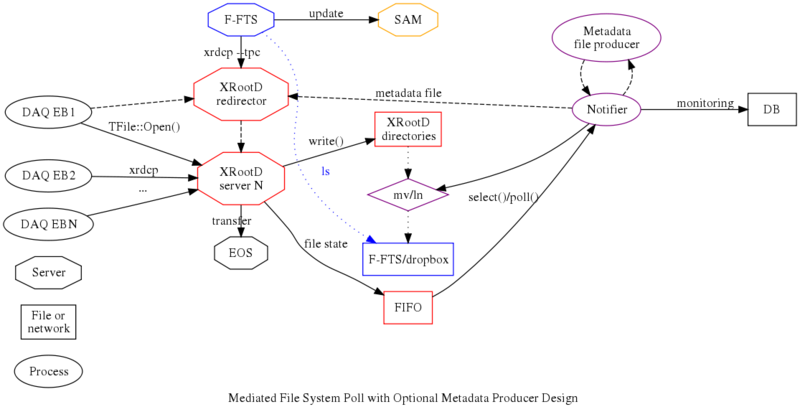 This version provides a high degree of monitoring and control but at the expense of complexity and somewhat reinventing wheels already in FTS. The figure provides a cartoon of the actors involved in buffering the DAQ data files and associated metadata files.

The Process Dispatcher can be responsible for writing message to DB.

The various agents shown here may be implemented as separate processes or amalgamated to some extent. Eg, Process Dispatcher may absorb Handler and Notifier, but probably should keep Metadata File Producer and Recovery as external. The main point is that the each "bubble" in the drawing should act asynchronously from the others and not block. Eg, the handler should give the ProcessDispatcher notification and that should return immediately.